Home / Blog / Because high school is not one-size-fits-all

Because high school is not one-size-fits-all

Flashing back six years to his first class of MITT High School students, teacher Rory McIntyre still remembers a young woman in the program who came to MITT after being bullied by classmates and (academically) written off by her previous school.

“Here, she earned marks in the 70s and 80s,” recalls McIntyre. “Because she was allowed to relax and focus on her work. I wish I would have had that when I was in school.” 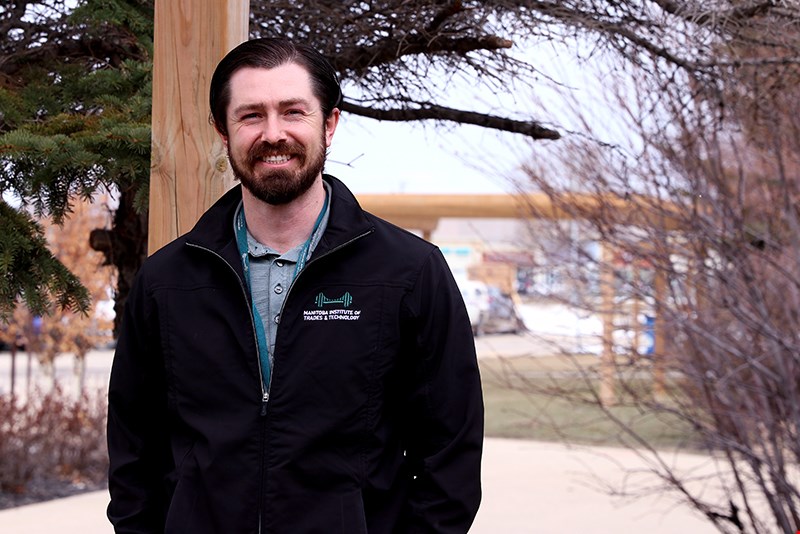 Rory McIntyre has taught the academic component of MITT High School for the past six years.

Traditional high school is not for every learner type and since 2015, MITT has been providing a meaningful alternate—one that offers students a small-setting academic experience combined with the opportunity to earn accredited technical or trades training to fast-track them into rewarding careers. Two birds, one stone if you will, with a catch: the technical training is tuition free.

“We get a few different student types, says McIntyre, who teaches the academic portion of his Grade 11 and 12s’ curriculum: Math, English, History, and Health/Physical Education. “Some are really interested in a trade and dead set on getting started toward that goal. Some students don’t like big class sizes, and we’re seeing an increasing number of students who were previously home-schooled.”

According to MITT High Principal, Chantal Simard, the pandemic has caused the number of home-schooled students in Manitoba to double from 4,000 to 8,000 in the past year.

“It’s becoming a real niche clientele for us,” says Simard, who is also Director of French Initiatives and has been instrumental in growing the college’s relationship with Manitoba’s lone francophone school division—Division scolaire franco-manitobaine (better known as DSFM). “Students are finding out about us either from our website, through word of mouth, or through the home school office at Manitoba Education.”

MITT HIGH SCHOOL AT A GLANCE

Students spend half of each day in their technical program with a dedicated cohort of high school-aged learners in one of the following six options:

For the other half of the day, they join fellow MITT High School students from across technical programs, led by a dedicated instructor, for the following academic programming:

Web-based courses from the Department of Education are available for students seeking additional credits.

MITT High School is a compromise as students forego the extracurricular activities associated with the traditional high school experience. The upshots include classes of between five and 10, tons of one-on-one learning and, for lack of a better description, the maturity and focus on success that comes from learning on a college campus.

“My students tend to be more mature,” says McIntyre. “They have a more focused understanding of, ‘You’re here for a purpose.’ They have a bit better perspective on what it means and what it leads to.”

This maturity and focus is fostered by the attention McIntyre can give each learner.

“I get to know them pretty well and I can help them more effectively without having to divide my time,” says McIntyre. “I learn their learning styles faster and can develop better relationships.”

Grade 12 student Grahme Matthews and his brother, Abraham, who is in Grade 11, followed their sister’s footsteps into MITT High School—she graduated from its Hairstyling program in 2018. Each of them were looking for a high school experience that would prepare them for their careers.

Grahme, who is in his second year of CAD Technician, is using the hands-on learning and technical training as a foundation for mechanical engineering, which he plans to pursue at the University of Manitoba after graduation. He also says it will help him get a better job while he goes to school.

Abraham, who is in his first year of Culinary Arts at MITT, sees his future in the food services industry.

During a brief conversation with the brothers, they agreed there is merit in the split academic/technical approach at MITT, even if your career plans have not yet crystallized.

“Even if you’re not interested in working in the field [you study], it’s still a good experience to have once you do start your career” says Grahme. “You can’t really go wrong with going here.” 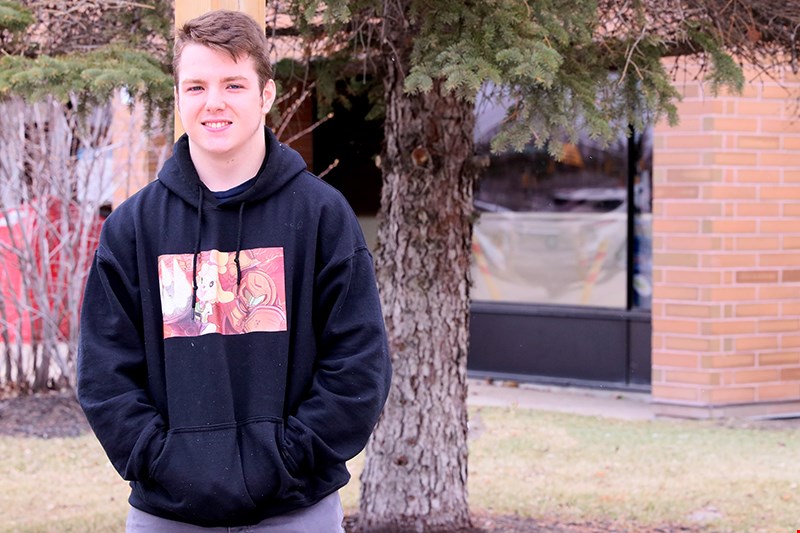 When asked if he feels like he has missed out not going to traditional high school, Abraham says he’s made some close friends so far in his program and he’s grateful for the career-oriented mindset it’s helping him develop.

“It’s a bit more professional here,” says Abraham. “Which is important when you’re working with dangerous things, like a knife. You can’t joke around.” 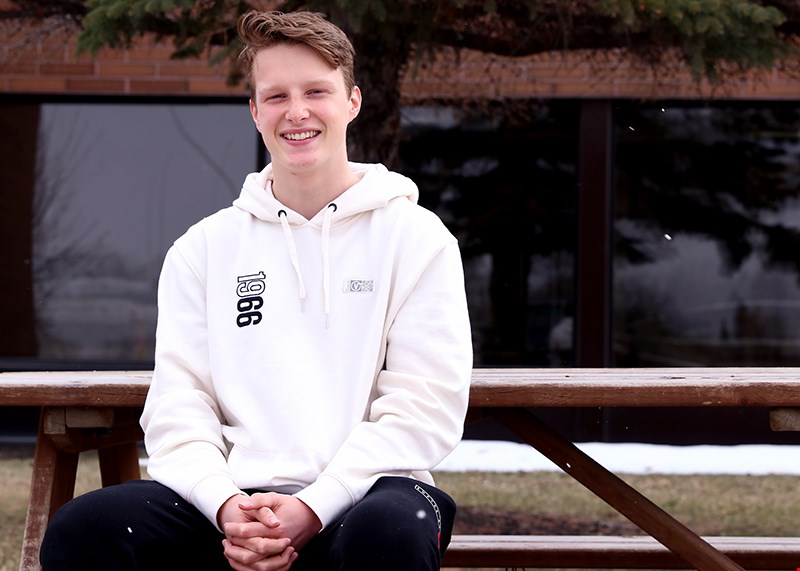 Though only in his first year at MITT, Grade 11 student Abraham Matthews says he appreciates the professional approach in his Culinary Arts program and how it's helping prepare him for a career in food services