Home / Blog / Learning on the job

Learning on the job

The Winnipeg Fleet Management Agency (WFMA) handles all repairs for City of Winnipeg fleets (except Winnipeg Transit) as well as a host of installs and upgrades for facilities. In an effort to move as much of this work in-house as possible and save Winnipeggers money, they purchased a CNC machine that would allow them to cut, punch, and shape materials for a variety of needs. 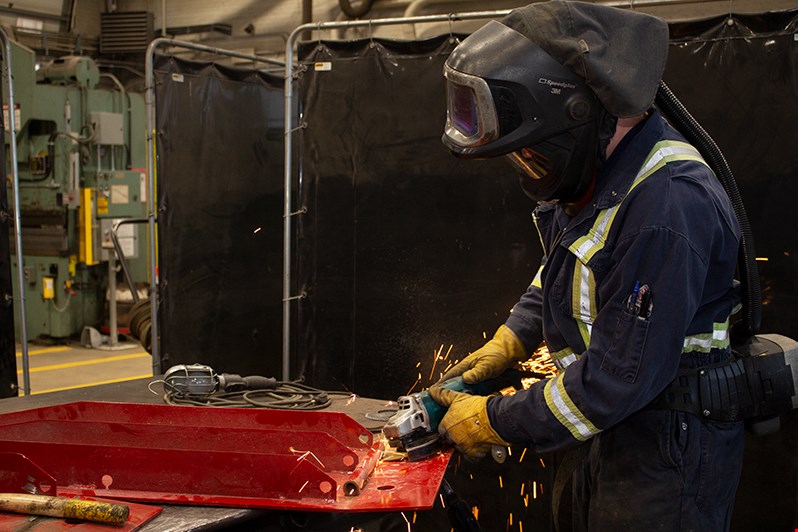 There was just one problem: none of the employees had strong skills with a software called AutoCAD, which translates two- or three-dimensional drawings into commands the CNC machine then performs, for example, punching holes into metal to create public pool drains.

“Any time there is a need in the workforce, whether in numbers or in skills, we’re going to do our best to help fill it,” says Latschislaw. “In the case of WFMA, it meant sending our instructors over to them to teach the AutoCAD program so they wouldn’t be pulled away from their jobs.”

A few short months after their meeting, MITT developed a program, put instructors in place, and set up a training timeline that would minimize disruption of workflow in the busy shop. Three employees took the training over winter, another three in spring, and today the CNC machine is an integral part of their operation.

“They’re drafting things on the AutoCAD system now and then plugging it into the CNC machines,” says Gaudreau. “It’s really been quite a success. They’re using it every day.”

One of those benefitting from the program is Alex Lariviere, a welder who has been at WFMA for eight years.

“We deal with blueprints on a daily basis,” says Lariviere. “So now knowing how to create a blueprint, and get all the information that goes into it, that really helps.”

Both Gaudreau and Lariviere point to the on-site training as one of the best parts of the program as a whole. By bringing the AutoCAD instructors to the shop for instruction twice per week, two hours at a time, shop employees were able to quickly acquire new skills with minimal loss of productivity.